WHO ARE WE?
BOOK US

A group of highly experienced musicians, that turn every concert into a party. That’s the best description for Joint String Friends (JSF) from Leeuwarden, the Netherlands.

These four befriended multi-instrumentalists of different generations – from babyboomer ‘til millennial – will bring a wide range of musical styles with the emphasis on Celtic folk. Serene ballads, sturdy folksongs, swinging jigs and reels plus (dance)music from Eastern Europe, it’s all being served as part of the tasty musical JSF-menu. The ‘Friends’, who all play multiple instruments, also explore the americana and acoustic popmusic route. In short, worldmusic in all it’s diversity.

By now the band has gained a strong reputation as live-performers. On the one hand Joint String Friends know how to touch the audience with fragile songs, however on the other hand partytime – pumping, stomping and steaming – is never far away. Wherever the band is playing, JSF makes sure to leave good memories behind to their audience.

In the Spring of 2020, Covid and the lockdown ‘briefly’ cancelled all the booked concerts of JSF. But the band wasn’t put off; performences for a live audience are temporally swapped for online concerts. These livestreams are greatly appreciated, as show the many reactions. Also at the moment the band is working hard behind the scenes on new (original) songs and tunes, for the purpose of the second studioalbum, which will be released next year. And… of course for the coming live gigs. The men are thrilled to climb the stage again: so, where’s the party? Exactly!

We’re looking forward to play at a place near you! 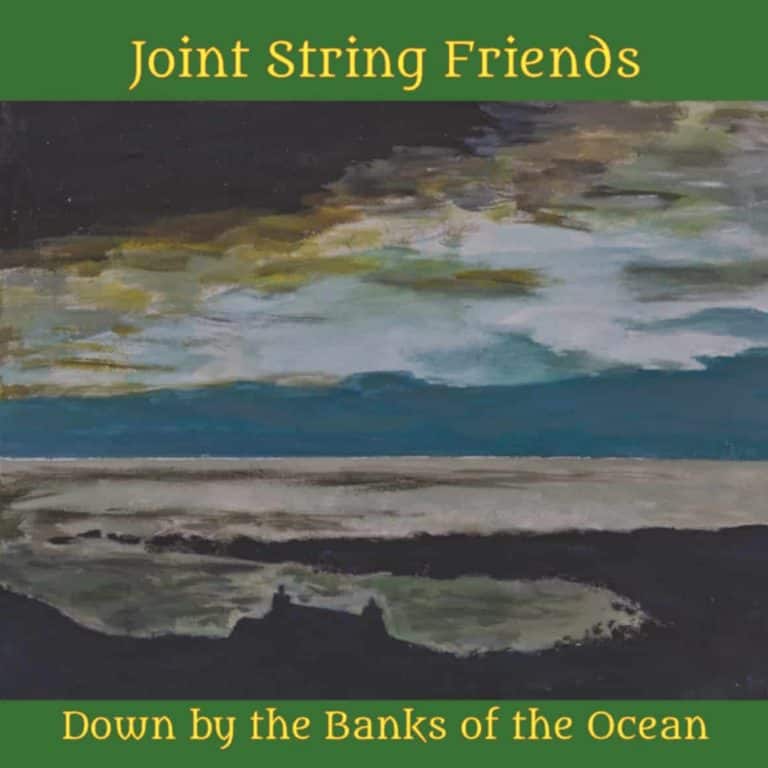 Aalbum: Down by the Banks of the Ocean.

On May 15, 2019, the CD presentation will took place for our new album ‘Down by the banks of the Ocean’. This title comes from the song Tá Mo Chleamhnas a Dhéanamh (My match was-a-making) and goes beautiful together with the painting ‘Nightfall on Reiff’, painted by Sicko, as album cover. The album will be be available shortly on iTunes and Spotify.